Matthew Ramsey holds his son, Malaki, after he was briefly separated from his father during the protest spearheaded by Rosie O'Donnell in front of the White House. It was only a minute, but the boy had already started to cry. His brother, Levi, stands next to him with Mr. Ramsey's cousin, Gretchen De Silva. Mr. Ramsey works with the Family Equality Council. It wasn’t lost on the speaker, who I believe was Alexis Jenny Kaufmann, who pointed out that if a child can be distressed after just a short, accidental separation, then how much worse is it for families split up as part of Trump’s immigration policies. 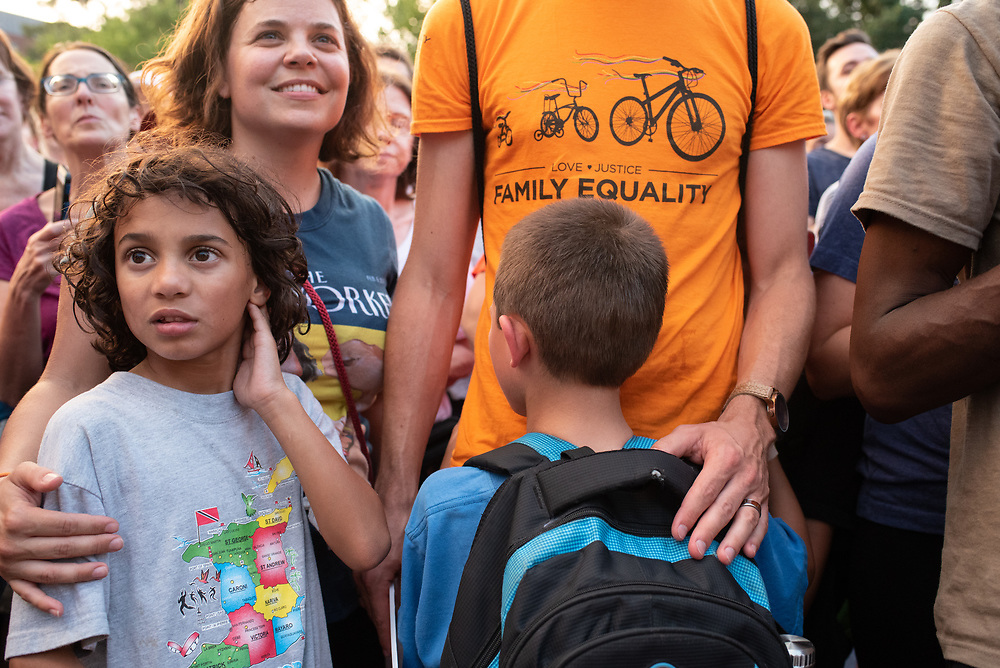